“For 40 years there have been times when I was convinced that things are bleak and that freedom of expression is in clear and present danger. This is why it’s important to see this movie, which deals with the strength and weakness of theater.”

“This film is a moving portrait of a drama within a searing drama: the making of a play about the clash of Israelis’ and Palestinians’ historical experiences, which both sides need to acknowledge. As a Palestinian-American interviewed in the film explains, ‘When I hear Jewish characters . . . admitting to the wrongs that were done to the Palestinians, my heart opens up to hear their narrative.’ Everyone who wants to see this conflict end should see this film.” 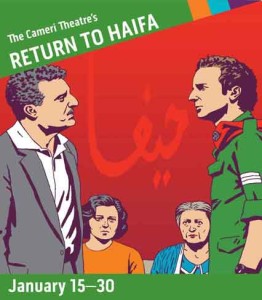 David K. Shipler, Pulitzer Prize winner for General Non-fiction in 1987 for Arab and Jew: Wounded Spirits in a Promised Land

“People were so moved; when the film ended they just sat in the dark, didn’t get up….”

“The movie provided an amazing, moving and multidimensional opening for a deep discussion of the two narratives of our community members, the Zionist-Israeli, and the Palestinian, and the responses to the movie were emotional and stirring. Like the original novel, the play and the movie uniquely allows for the legitimacy and pain of both stories, and they create deeper understanding and empathy for both sides. In all our communities, the movie was received with much enthusiasm and appreciation.”